The Texas Bluebonnet Award (TBA) reading program was established in 1979 to encourage Texas children to read more books, explore a variety of current books, develop powers of discrimination, and identify their favorite books. Two committees within the Texas Library Association (TLA) have the responsibility for selecting and publicizing the books eligible for this annual award. They are the Texas Bluebonnet Program Committee and the Texas Bluebonnet Selection Committee. Together these two committees create and coordinate the activities associated with the TBA Program, which is jointly sponsored by the Children’s Round Table (CRT) and the Texas Association of School Librarians (TASL).

The work of the two committees is directed by the Texas Bluebonnet Coordinator and the TLA Executive Board.

For RBE students, you must read at least 5 of the Bluebonnet Books for the current school year in order to be able to vote for your favorite in the spring. If you want to keep track of the Bluebonnet books you read, click here!

In order to participate in the Bluebonnet Book Bash in the spring, each student in grades 3-5 must complete a Bluebonnet Book Rave Review for 5 different Bluebonnet Books BEFORE January 25, 2012. Click here to go to the form to submit to Mrs. Lambert.

A nerd you say Dwight is, but on his side Yoda is. Tommy is starting an investigation to figure out how the origami Yoda puppet that Dwight insists on keeping on his finger doles out such relevant advice. Kids present evidence (or lack thereof) trying to figure out if Yoda is real or something out of Dwight’s imagination.

Little does Steve Brixton, aspiring detective, know that checking out a book on quilting from the library will be the beginning of his first case. Falsely accused of working for a criminal mastermind by ninja librarians, Steve turns to his trusty Bailey Brothers’ Detective Handbook to solve this case of mistaken identity. Adventure and humor fill this fast paced clever mystery. The Case of the Case of Mistaken Identity is the first volume in the Brixton Brothers Series. 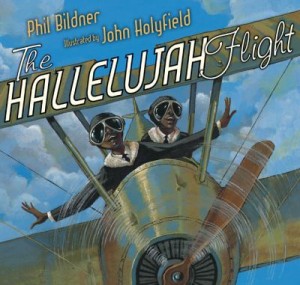 They fly through the air with the greatest of ease…well, to the best of their ability anyway! Known as the “Flying Hoboes,” James Banning and his co‐pilot Thomas Allen made history by becoming the first African American pilots to fly across the United States. Their mission was to inspire people brought low by the Great Depression. They relied on the help of the townspeople they met along the way, who helped them keep their “lying jalopy” going. Based on a true story, The Hallelujah Flight is an adventurous tale of strength, courage and ingenuity.

King is a lovable mutt with an unmistakable voice. Although loyal and true to his family, King finds himself in the P‐O‐U‐N‐D when his owners suddenly vanish. Thankfully, he is rescued, renamed Buddy, and soon smack dab in the middle of another mysterious disappearance when his new master also goes missing. Will Buddy’ mental lists of clues and his strong sense of smell be enough to bring Connor home? Follow Buddy’ adventures in The Case of the Lost Boy, the first book in “The Buddy Files” series.

Grampa Bender along with Ernest the mini pig run The Bed & Biscuit, a boardinghouse for wounded animals. In this second adventure, the local wildlife shelter calls on Grampa and the animals to nurse a wounded Canada goose, a cranky old muskrat and two feisty fox kits back to health. When the fox kits run away, Ernest and the residents of the Bed & Biscuit scramble to make sure the wild animals are ready to return to their natural habitat. Will Ernest finally make the kits understand that they only want to help? 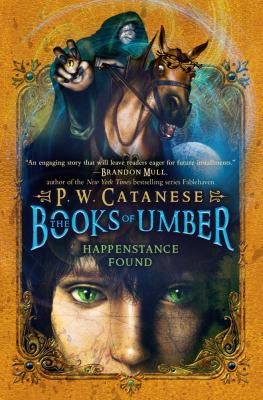 Happenstance awakens in a cavern beneath an active volcano, remembering nothing about himself or his life. When he is rescued by the extraordinary Lord Umber, the irascible Oates, and the mysterious Sophie, he begins a fast‐paced adventure full of peril and discovery. As he tries to evade the watchful eyes of the assassin on his trail, will Happenstance discover his true identity—r the real reason that Umber has chosen him? Find out in this first installment in the Books of Umber series. 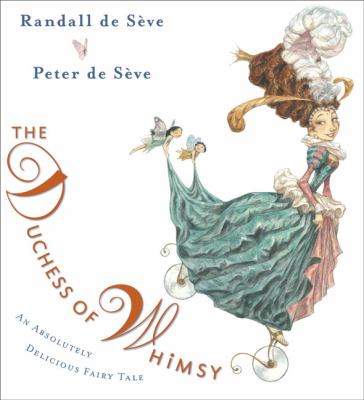 Will a simple sandwich unite an extraordinary royal with an ordinary fellow? This beautifully illustrated, delicious, delectable, divine, and whimsical fairy tale proves that people are not always who they seem, and that simple things mean a lot. 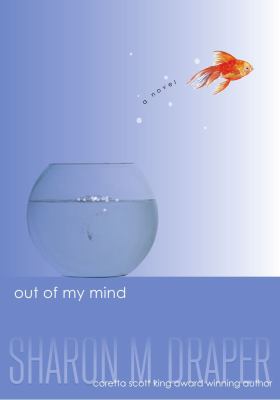 Draper, Sharon. 2010.Out of My Mind. New York: Atheneum Books for Young Readers.

Melody is just a regular kid that wants all the same things that every fifth grader wants. The only difference is she is confined to a wheelchair and she cannot speak because she has cerebral palsy. Do you think you know what that’ like? Sharon Draper defies your every pre‐conceived notion about kids with special needs in this powerful novel. 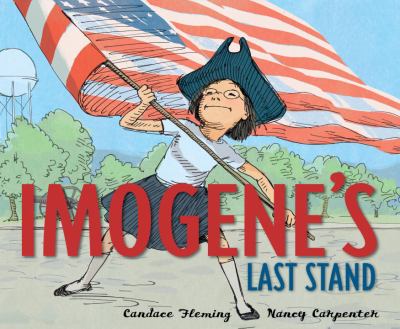 “I have not yet begun to fight!” quotes Imogene Tripp when the town Mayor wants to tear down the historical museum in order to build a shoelace factory. Imogene begins her own battle of presidential proportions to save the museum. 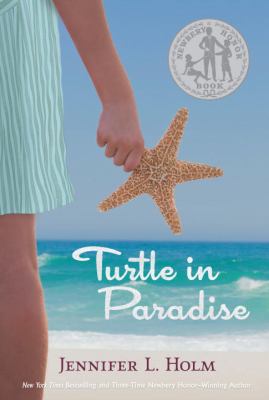 Life for Turtle in 1935 is no day at the beach. Her mother’ new job means that she gets shipped off to live with family members she has never even met. Life in Key West, Florida is definitely not like those annoying Shirley Temple movies. Her new encounters and adventures help her come out of her shell. Photos and notes at the back of the book show what life was really like for author Jennifer Holm’ great grandmother, whose memories inspired this humorous historical novel. 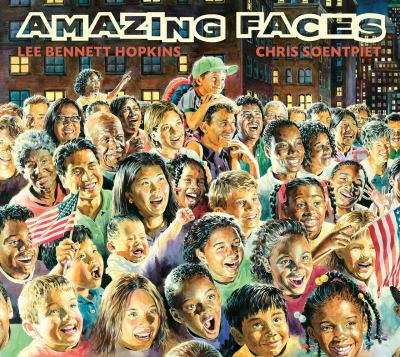 “The night is beautiful, so the faces of my people” says Langston Hughes in this multicultural collection of 16 poems by various well‐known authors. The verses portray varied emotions and backgrounds, while the watercolor illustrations perfectly capture the differences and similarities within all of us. 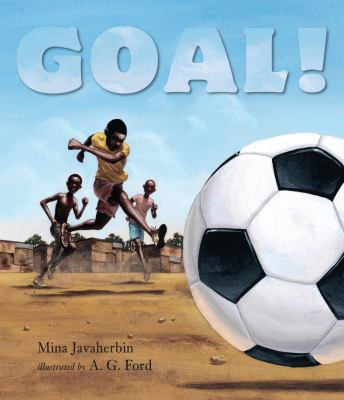 Soccer is played all over the world and brings people together in sport. In this picture book, set in a dusty township in South Africa, a group of boys gather to play with a new regulation ball. But danger lurks in a gang of bullies that roam the streets. Can they keep their ball and play their game? 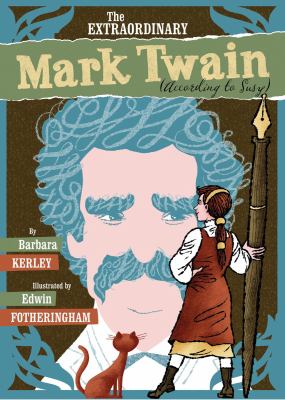 According to Susy Twain, her father Mark is “perfect except he hasn’t extraordinary teeth.” And so begins this innovative biography partially written by thirteen‐year old Susy. Complete with energetic illustrations and instructions on how to write your own biography, this book shows a whole other side of a beloved American author. 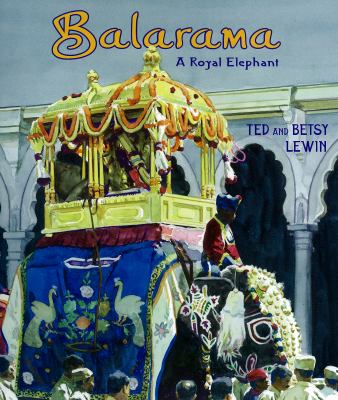 Meet Balarama the Royal Elephant who is leading the celebration on the last day of Dasara in India. His debut as the specially selected chariot carrier is imminent. Will he be successful? Filled with vivid images and fascinating pageantry this book is an amazing tribute to these popular animals. 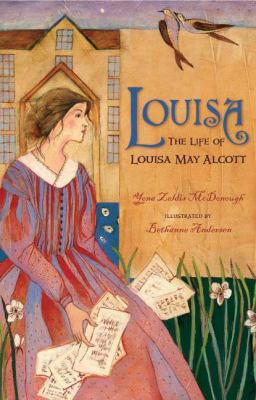 Louisa May Alcott loved to have strawberry parties with her sisters and enjoyed their frequent pillow fights. But, her first love was writing. She spent the majority of her time outdoors where she composed poetry and stories that grew quickly in popularity. Discover little‐known facts about the well‐known author of Little Women in this intriguing biography of Louisa’s complicated rags‐to‐riches story. 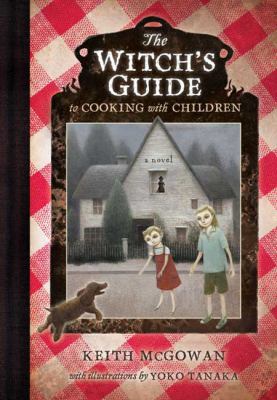 So you think Hansel and Gretel is only a fairy tale, right? Meet Sol and his little sister Connie who have just moved into a suburban neighborhood curiously devoid of children. Their father and stepmother are acting very strange, meanwhile the next door neighbor’s dog keeps digging up funny looking bones. With unique illustrations by Yoko Tanaka, this modern twist on the classic fairy tale is creepy fun. 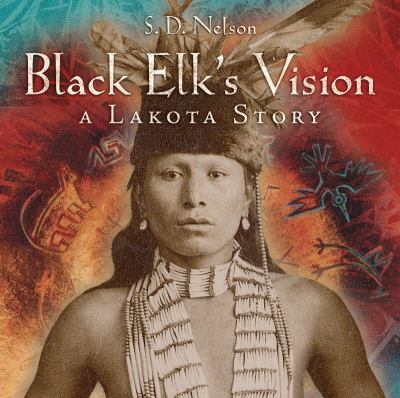 “Everyone must choose to walk with the water of life or the weapon of destruction.” These are the words Black Elk receives from the Six Grandfathers to share with his people. Told from Black Elk’s point of view, S.D. Nelson vividly describes the plight of the Lakota and their struggles to maintain their way of life. His message of hope is further brought to life by historical photographs and dynamic illustrations. 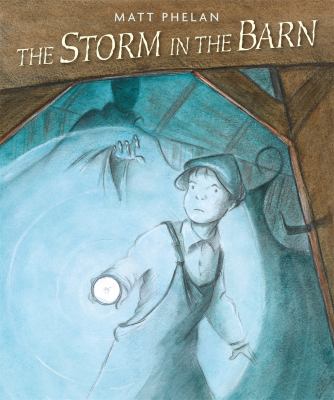 Eleven‐year old Jack Clark is beginning to think he may have dust dementia, a new disorder in 1937 Kansas where it hasn’ rained for so long people are starting to see strange things. There is water and a presence in the barn that he cannot explain. Is his imagination playing tricks on him? By combining history and fantasy, this original graphic novel explores the hardships of the Dust Bowl era in a distinctive magical way. 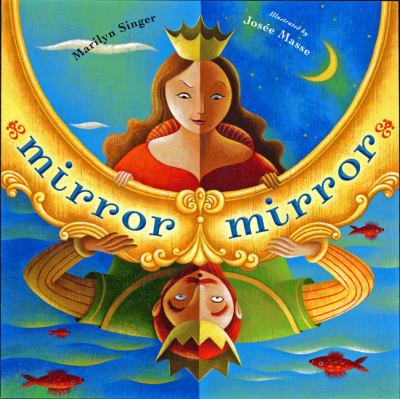 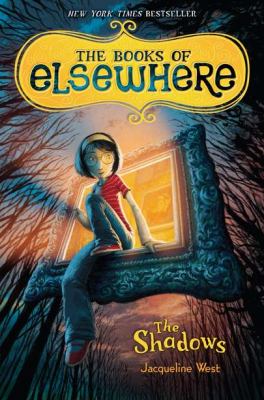 Olive and her parents have always lived in very bland apartment complexes with plain white walls and no surprises. When they suddenly buy an old completely furnished house, Olive is curious to explore it. She begins to discover very strange things including secrets in the basement and cats that are much more than they seem. Olive must confront her deepest fears as she races to protect her newfound friends from the darkness lurking inside the house. The Shadows is the first volume in the Books of Elsewhere series.