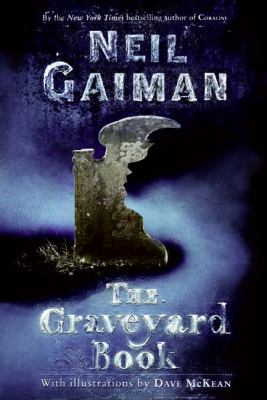 Find this book in Fiction at F GAI

The Graveyard Book  by Neil Gaiman is a fascinating, creepy book for those interested in ghosts and a good story!  Also, this book was the Newbery Medal winner in 2009.

In this book, Nobody Owens, known as Bod, is just a regular little boy, except that he lives in a graveyard and is cared for and friends with ghosts. Bod has friends and adventures in the graveyard that are both scary and unusual.

If you like ghosts and graveyards and suspense and creepy, spine chilling tales, this book is for you! Check it out at the RBE Library!